S1, T1, U1 and V1 are members of the same family who were collectively deprived British citizenship while in Pakistan in 2011. They were all born in the UK where they also grew up. They are now unable to return to the UK.

S1 is a man in his 50s and father to T1, U1 and V1. He is a second generation Brit who was born in Newcastle in 1963 to Kashmiri parents. His three sons, T1, U1 and V1, currently in their 20s, have also been deprived citizenship despite all being third-generation British, born in London.

In 2009 the family traveled to Pakistan for the weddings of their son and daughter and prolonged their stay for two years as they became increasingly worried about interference of British authorities in their private lives. In April 2011 when still in Pakistan, the father and his sons were deprived of their citizenship. Like in many other cases of citizenship deprivation, they only found out that their citizenship had been taken away when letters originally sent to their home in Greater Manchester were forwarded to them in Pakistan. Theresa May justified her decision with the claim that S1, T1, U1 and V1 had links with the Kashmiri militant group Lashkar e Taiba (LeT) as well as Al–Qaeda, which the family denies.

“When I read the allegations in the deprivation order, my heart sank and I thought to myself ‘what a joke’”
– S1 in an interview

The family’s appeal to SIAC got refused in December 2012. The deprivation was justified by the Home Secretary on the basis that the family were eligible for Pakistani citizenship. The trial was held in their absence and without opportunity for them to respond in court. S1’s wife, a younger son who is disabled and his daughter have been able to keep their British citizenship yet since the other family members are excluded from the UK, the mother and younger son stayed in Pakistan despite being in need of medical care in the UK. 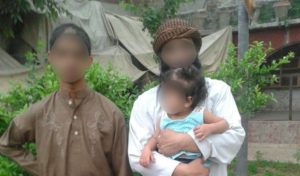 5 Pillars. Harassed in Egypt, stripped of UK citizenship and exiled to Pakistan (December 2014)