Minh Pham is a former British citizen who had his citizenship stripped in 2011 and was extradited to the US in 2015. In May 2016 Pham was sentenced to 40 years in prison.

Minh Quang Pham was born in Vietnam in 1983. He was one month old when his parents fled Vietnam and  6 years old when he arrived in London. His family claimed asylum and were granted permanent residency by the time he had reached the age of 12. He studied web design at a college in Kent, and at 21 converted to Islam. Pham lived in London together with his British wife and children and worked with website and leaflet design. 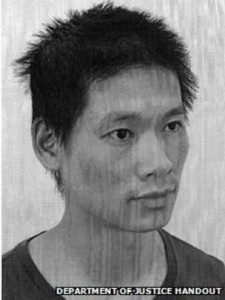 On his return from Yemen in July 2011, where he had been visiting for several months, he was searched by police at Heathrow airport and arrested when they found him to be in possession of a laptop computer, 7,000 Euros and a bullet. Investigations found insufficient evidence to charge him with an offence and the police released him with a caution. It was some months later, in December of that year, that he received an order from the Home Secretary revoking his British citizenship on the grounds that his presence was not conducive to the public good. This deprivation order was unusual, markedly different from all but one or two of the orders sent to the other people who have been stripped of their citizenship since 2002, in that Mr Pham was in the UK when the deprivation order was issued.  Shortly after receiving the notice he was detained by immigration officials who initiated deportation proceedings for him to be expelled back to Vietnam.

His case was also noteworthy because his appeal to SIAC, in June 2012, was, initially, successful. The court ruled that since the Vietnamese government did not recognise Minh Pham to be a national of their state, to deprive him of his British citizenship would make him stateless.

However, within minutes of immigration court announcing their decision and granting Pham unconditional bail, as he sat in the cells of the SIAC building, he was rearrested with a warrant that had been issued five weeks earlier on request of the US Justice Department. His indictment related to five terrorism charges that the US government alleged he had committed, mostly concerning material support and conspiracy, which carried a maximum penalty of 40 years in jail. Minh Pham did not return home but was driven straight from the SIAC courts to Westminster magistrates’ court where he faced extradition proceedings. At the end of February 2015, Minh Pham was extradited to the USA.

When Pham was eventually extradited to the US in February 2015, the question of his citizenship status was still pending.  The initial success of his appeal to SIAC was short-lived when the Home Secretary, Theresa May, appealed against this ruling, drawing on the amendments passed under the Immigration Act 2014 which allowed the Home Secretary to make someone stateless, arguing that even though he was no longer recognised as a Vietnamese national he would still be entitled to the Vietnamese citizenship he was born with before he became a naturalised British citizen at 12. Her appeal was won and later, in March 2015, upheld by the Supreme Court.  The court decided that, in law, Pham was still a Vietnamese citizen even if the Vietnamese state did not recognise him as such.

Meanwhile in the criminal case against Minh Pham the courts approved that evidence obtained via torture could be used as part of the evidence against him. Much of the evidence against Pham relies on testimony from Ahmed Abdulkadir Warsame, a Somalian who once lived in the English Midlands and who was subject to extraordinary rendition. Warsame was incarcerated on board USS Boxer, known as the ‘floating Gitmo’, where he was held incommunicado for eight weeks and interrogated. The High Court agreed that portions of evidence obtained after Warsame had been read his constitutional rights could be used in the case against Pham.

Minh Pham was held in pre-trial solitary confinement for over one year. He entered into a plea bargain weeks before his trial in New York was scheduled to begin.